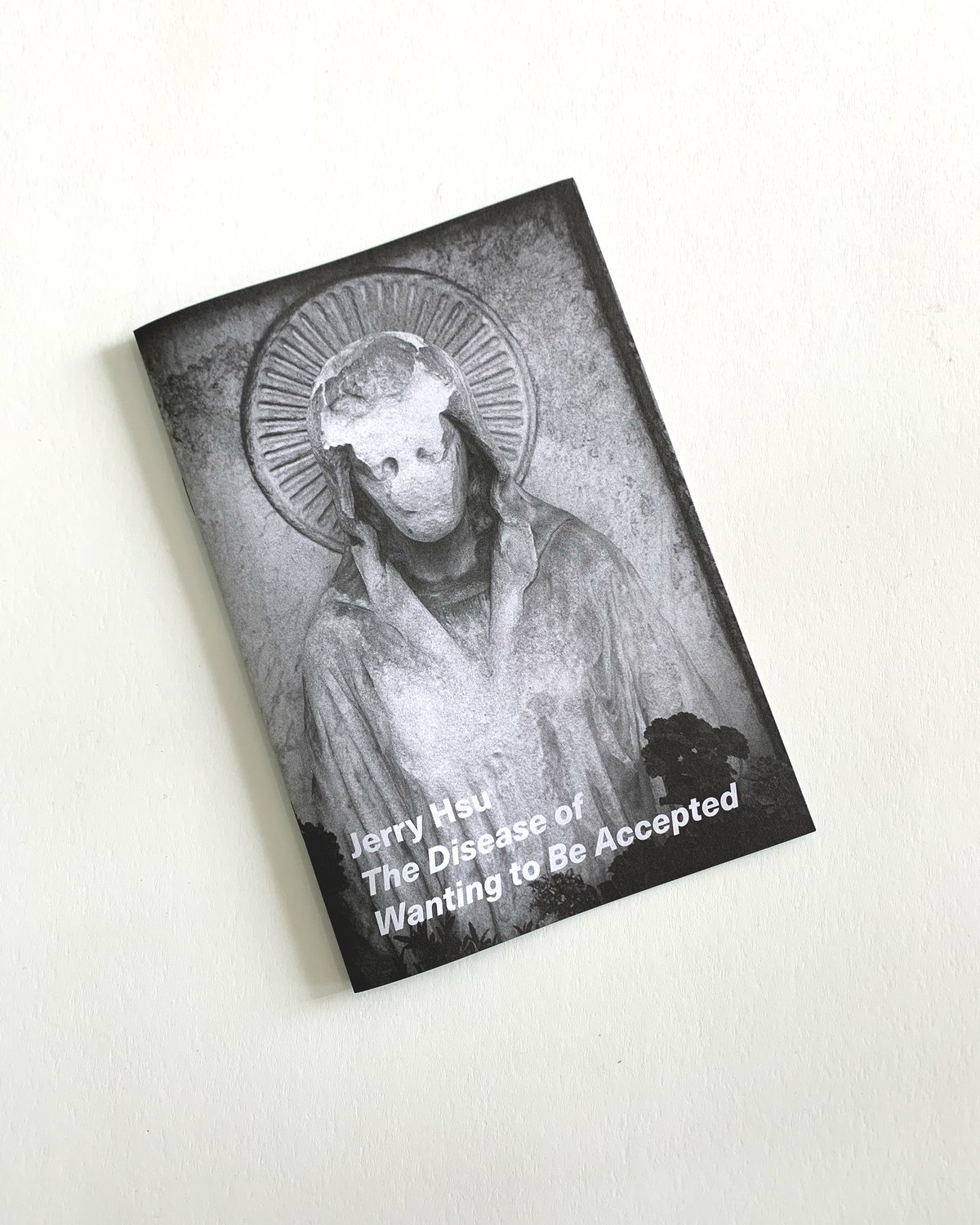 Jerry Hsu: The Disease of Wanting to Be Accepted

Jerry Hsu first built a reputation for himself as a professional skateboarder, but in recent years has set out to prove himself as a photographer. This zine, The Disease of Wanting to Be Accepted, comes shortly after The Beautiful Flower Is The World, a retrospective of Hsu’s cell-phone photography, originally published on Tumblr. As the zine’s title suggests, Hsu’s photographs focus on the idea of community and acceptance—or the pain caused by their lack. Hsu is especially interested in counterculture, focusing on punks and misfits. One channel through which the reader sees “the disease” is in the zine’s motif of self-harm. The zine opens with images of scarred arms, and towards the end, a young punk carefully cuts an “X” into his hand, mirroring the logo on his t-shirt.