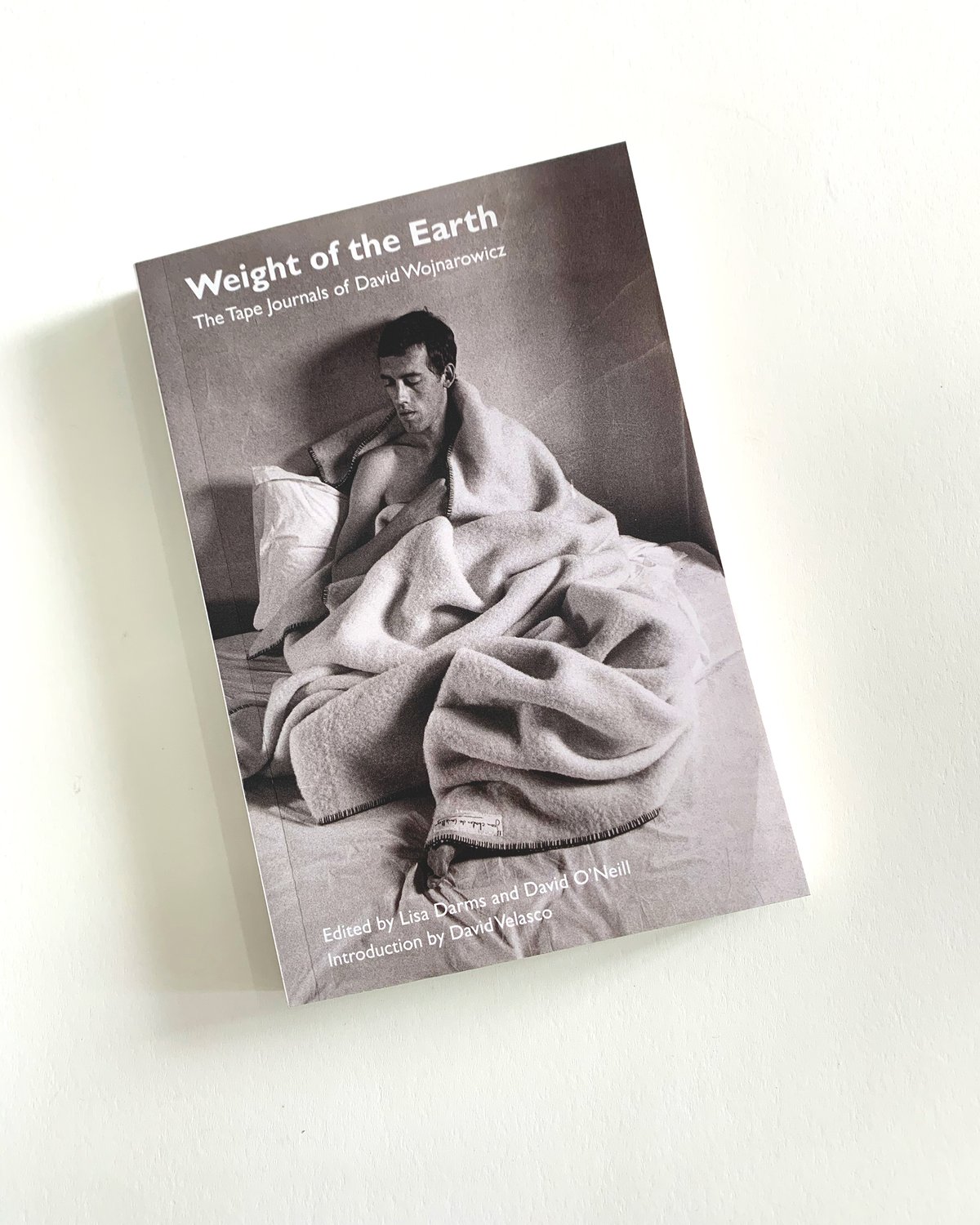 David Wojnarowicz: Weight of the Earth

RESTOCKED! Artist, writer, and activist David Wojnarowicz (1954–1992) was an important figure in the downtown New York art scene. His art was preoccupied with sex, death, violence, and the limitations of language. At the height of the AIDS epidemic, Wojnarowicz began keeping audio journals, returning to a practice he'd begun in his youth.The Weight of the Earth presents transcripts of these tapes, documenting Wojnarowicz's turbulent attempts to understand his anxieties and passions, and tracking his thoughts as they develop in real time.

In these taped diaries, Wojnarowicz talks about his frustrations with the art world, recounts his dreams, and describes his rage, fear, and confusion about his HIV diagnosis. Primarily spanning the years 1987 and 1989, recorded as Wojnarowicz took solitary road trips around the United States or ruminated in his New York loft, the audio journals are an intimate and affecting record of an artist facing death. By turns despairing, funny, exalted, and angry, this volume covers a period largely missing from Wojnarowicz's written journals, providing us with an essential new record of a singular American voice